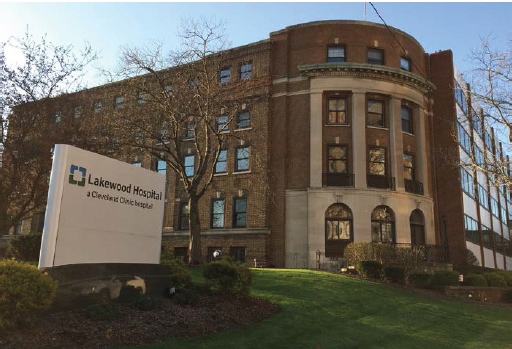 Competition is intense for an assignment to remake the site of Lakewood Hospital as a mixed-use project. City officials and a citizens advisory group short-listed five teams from eight that vied for the site.

Several of Northeast Ohio’s largest real estate developers and a sprinkling of out-of-state firms are on the short list posted on the city’s web page.

Since the suburb’s request for qualifications asked for full project teams incorporating consultants and architects, a panoply of the region’s service providers are allied with various teams. The goal is to repurpose the 6-acre site on the southeast corner of Detroit and Belle avenues.

The five teams are as follows:

Carnegie Management & Development Corp., a Westlake-based developer and owner of shopping centers, office buildings and government properties throughout the region and nationally.

Finch Group, a Boca Raton-based real estate developer, has been active the past decade in Northeast Ohio. Finch projects here have ranged from apartments and townhouses in and near University Circle to affordable low-income housing redevelopments on Cleveland’s West Side.

First Interstate Properties Ltd. of Lyndhurst is best known for the Legacy Village lifestyle development where it is based. The company has developed big-box shopping centers throughout Northeast Ohio. First Interstate is a partner in One University Circle, a multifamily high-rise on Cleveland’s East Side, owns industrial property and has a sister company that raises private equity for property projects.

All the groups promised to listen attentively to Lakewood stakeholders in preparing projects that will assist the city’s continued economic growth and redevelopment. They also all said they would embrace sustainable building practices and create mixed-use projects aligned with what the city’s market study said the area would support.

First Interstate put the most flesh on its request for qualifications.

The company indicated it envisioned at least 250 residential units on the site and what it called “amenity spaces” for the community as well as kiosks to add to Detroit’s retail activity. First Interstate said it envisions the empty two-story Curtis Block Building, 14501 Detroit, as co-working and flexible office space. The century-old building is owned by the city of Lakewood.

The once city-owned hospital had served the community since 1907, according to Encyclopedia of Cleveland History.