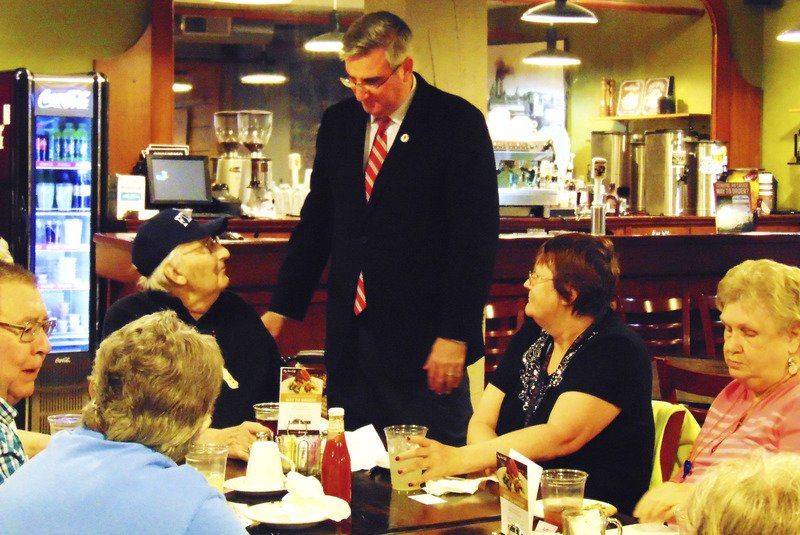 by Debbie Blank  | The Herald-Tribune

On the job for just over a month, Lt. Gov. Eric Holcomb breezed through Batesville April 7.

Because he oversees the Indiana Housing and Community Development Authority (IHCDA), the state leader asked his staff to show him a great example of senior citizens housing, which led to a tour of Romweber Flats, which caters to the over-55 crowd and recently added assisted living services.

His reaction? “I’m overwhelmed with the incredible attention to detail in every respect starting with the resident. Everything is centered around the resident’s experience and quality of life from the first second they walk through the front door. You just get the feeling that you’re home. That’s a pretty fulfilling feeling.”

When asked what advice he’d give to mayors of small cities like Batesville, the Indianapolis resident answered, “They should know they have partners at the state. We try to serve as coaches or mentors or certainly partners in helping communities align their assets with their vision. That’s evidenced here in this building where there’s an incredible vision” that became reality.