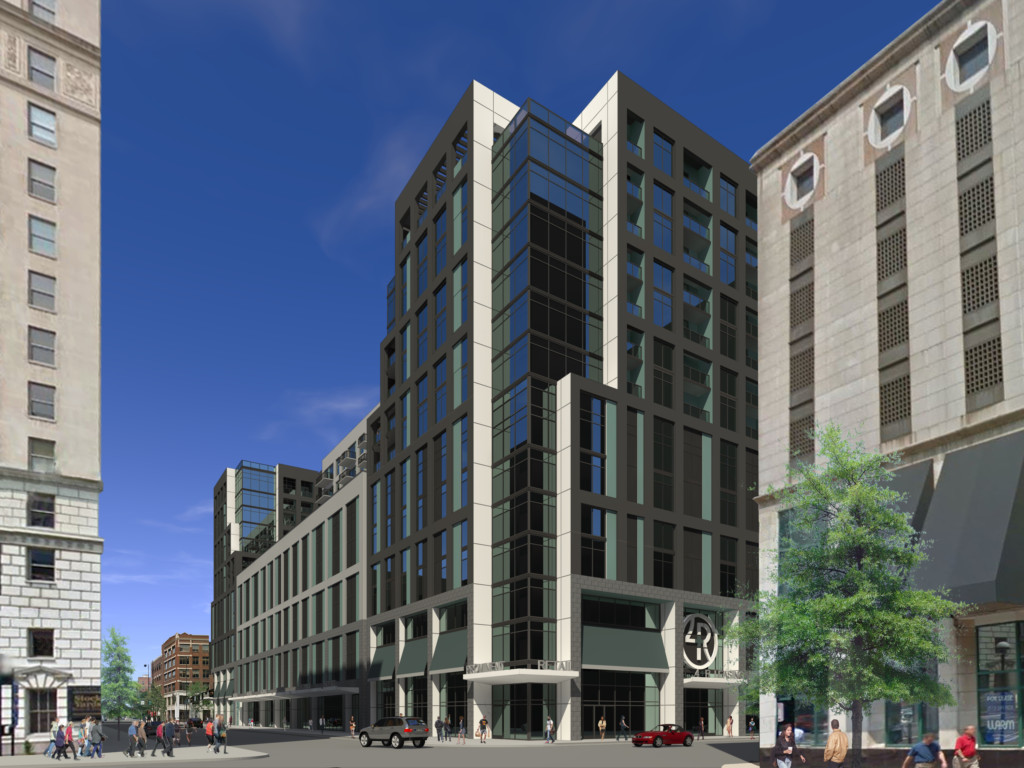 The planned $116 million mixed-use development at Fourth and Race streets in downtown Cincinnati took another step forward on Friday.

Cincinnati City Planning Commission unanimously approved transferring a portion of the Fourth & Race site to the city and then to the Greater Cincinnati Redevelopment Authority to facilitate a project tax increment financing for the project. The plan is to build a 14-story, mixed-use development containing four different parcels, including air lots, with 20,000 square feet of ground floor retail space owned and operated by Cincinnati Center City Development Corp., a six-floor parking garage owned by the city and operated by 3CDC, and eight stories of apartments developed by Flaherty & Collins Properties.

The property is owned by Fourth and Race Development LLC, an affiliate of 3CDC. The property would transfer to the city, then the top eight floors would be transferred to the Redevelopment Authority, which would lease the residential portion to Flaherty & Collins Properties to develop 264 apartments. The transfer of the lots to the Redevelopment Authority is necessary for the project to move forward, according to a report provided to the planning commission.

The fair market value of the lots associated with the residential portion is estimated to be nearly $2.6 million. The city is transferring the property at no cost because the “development will bring additional residential units and commercial space to the Central Business District, as well as additional public
parking to serve the Central Business District,” according to the planning commission document.

In addition to facilitating TIF for the project by leasing the property from the Redevelopment Authority, Flaherty & Collins Properties will have the benefit of the authority’s tax-exempt status. It would not have to pay sales tax on construction materials, which can dramatically reduce construction costs.

The planning commission approval is just the latest step in moving the 4th & Race project forward. Cincinnati City Council will have to approve the transfer of property.

If construction begins this fall, the project could be complete by summer 2020.