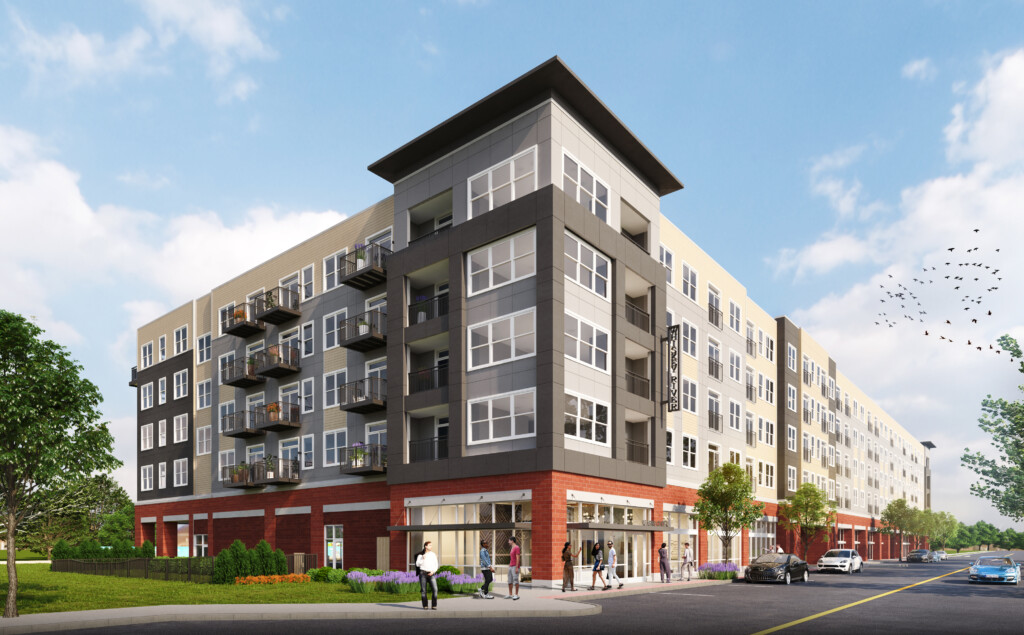 Flaherty & Collins Properties is moving forward on a long-planned $32 million apartment development along the banks of the Ohio River.

Indianapolis-based commercial real estate developer Flaherty & Collins and the city of Lawrenceburg are scheduled to host a groundbreaking ceremony for the project, named Whiskey River Apartments, on Oct. 26. The project will add 150 high-end apartments to the banks of the Ohio River.

“This day is the collaborative result of strategic long-term planning and preparation that we have all been waiting for,” Mollaun said in a news release.

Deron Kintner, general counsel and lead project developer for Flaherty & Collins, said the city has been “a great partner.”

I reported on Flaherty & Collins’ plans to create a public-private partnership and develop about 150 apartments a quarter-mile from Lawrenceburg Event Center in February 2018.

Whiskey River, which will be located at 500 W. High St., will include a resort-style pool, lounge area, grills, a co-working lounge and patio. Other amenities will include a fitness center, a bark park, dog spa, and bike storage with a wash and repair station.

The apartments in Whiskey River will have modern finishes, LED lighting, quartz countertops, stainless steel appliances, washers and dryers, and private balconies on most units.

Kintner said Whiskey River is expected to bring new residents to Lawrenceburg with strong disposable income. He also said the project will help increase the demand for additional development in the city, creating an estimated $25 million in economic impact.

Flaherty & Collins deciding to move forward on the $32 million project is another sign that developers see the economic issues that have arisen as a result of the novel coronavirus pandemic as temporary and that they expect the region to rebound strongly. A number of other developers announced plans to move forward on large-scale projects, such as Kean Ventures and Buckingham Cos.’ planned $80 million mixed-use project at Liberty and Elm streets in Over-the-Rhine and Cincinnati Center City Development Corp.’s $50 million renovation of the former Macy’s store downtown into a mix of office and retail space.

Flaherty & Collins, founded in 1993, is a developer, builder and manager of mixed-use, multifamily properties with more than $500 million in projects under development in Cleveland Heights, Columbus, Cincinnati, St. Paul, Kansas City, Tulsa, Washington, D.C., and Lawrenceburg and La Porte Ind. It currently manages more than 70 properties and over 11,800 units in seven states.