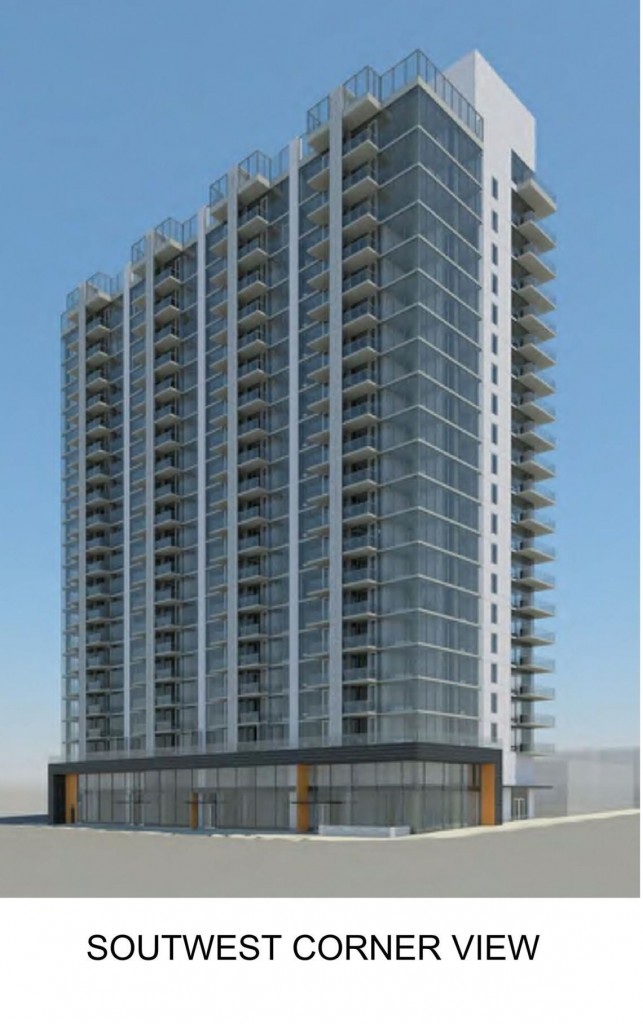 By Mary Shapiro Special to the Post-Dispatch

CLAYTON • The Board of Aldermen here on Tuesday night unanimously approved a rezoning, as well as a subdivision plat, requested by developer Flaherty & Collins Properties for the 22-story luxury apartment tower at Shaw Park.

The tower, at 8049 Forsyth Boulevard, is to include luxury apartments and ground-level retail stores.

The site is less than an acre and is now used as a parking lot at the northeast corner of Brentwood and Forsyth Boulevards, across the street from the city’s Shaw Park. Flaherty & Collins Properties recently purchased the lot from the city.

The current city parking lot has 29 hourly, metered parking spaces and 103 monthly-leased spaces. However, in response to concerns about enough hourly parking spaces being offered, Deron Kintner, lead project developer, said it’s “easily possible” to increase the number of hourly spaces in the building’s garage to about 45 by reallocating other spaces.

Plans are for a 457,575-square-foot mixed-use building containing 7,821 square feet of first floor retail and 228 apartments as well as 324 parking spaces in an eight-story garage to the north.

The city’s Plan Commission, in December, recommended approval but requested certain conditions such as that a minimum of 29 hourly public parking spaces be provided in the garage.

During a board public hearing on Tuesday, Brandon Bogan, vice president/design and preconstruction services for Flaherty & Collins Properties, said the total project cost is estimated to be $100 million.

Gary Feder, an attorney representing KP Development which owns two adjacent office buildings on Forsyth, unsuccessfully asked for a delay in the vote or rejection of the plan. He has said the city’s original request for proposals called for coordination of development with adjoining property owners.

KP has its own plan for a nine-story boutique office building with first-floor retail stores on the remainder of the city block surrounded by the parking lot.

While Kintner said most residents would leave parking spaces open during the day for other users, Feder, and Doug Shatto, with the Lochmueller Group civil engineering firm and also representing KP, said the company fears there won’t be enough parking in the garage attached to the proposed apartment tower to make up for loss of the surface parking lot.

But Alderman Mark Winings said the parking ratio in the new building would be higher than in other garages in Clayton. 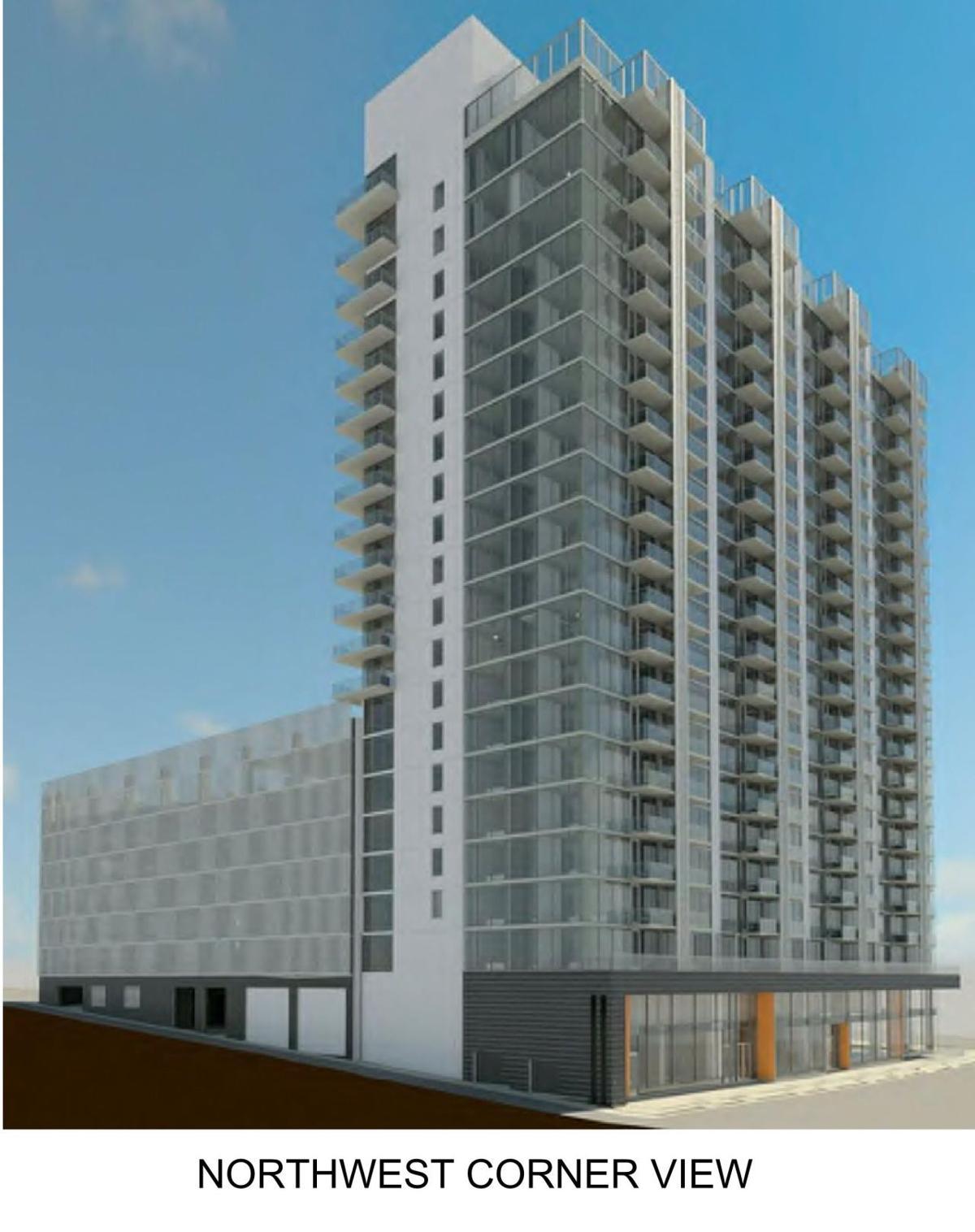 And Mayor Harold Sanger insisted the city has the ability to buy the property back at the same cost it was sold for if the development doesn’t go forward or meet the city’s expectations.

He said the city has been working on this effort for almost three years, sponsoring a number of meetings between KP and Flaherty & Collins Properties to try to get a larger development but without success.

“It’s not up to the city to force people to make a deal,” Sanger said.

Andrew Galakatos, of the Maryland Walk high-rise condominiums building at 8025 Maryland Avenue, said the city doesn’t yet know possible adverse effects of three nearby major high-rise apartment buildings being constructed or recently finished in Clayton, “but is still rushing to approve another.”

“The parking issue is significant,” he said, also unsuccessfully asking for the vote to be delayed.

But Brian Rensing, with CBB Transportation and the city’s consultant, said a study showed the planned parking in the project would be more than adequate to accommodate the demand of residents, shoppers, and other users.

Sanger said a study done in 2015 by the city showed heavy demand for such units in the Clayton area in the coming 10 years.

“We’re not flippantly telling people to come in and build something — the overwhelming information we’ve gotten is that this project will be a success,” Sanger said, adding that the Maryland Walk project originally was objected to by nearby residents “and is now a part of the fabric of our community.”

“And we’ll collect real estate and utility taxes, whether anyone lives in the units or not.”

“We need a vibrant downtown to create revenue streams for our public schools,” he said.