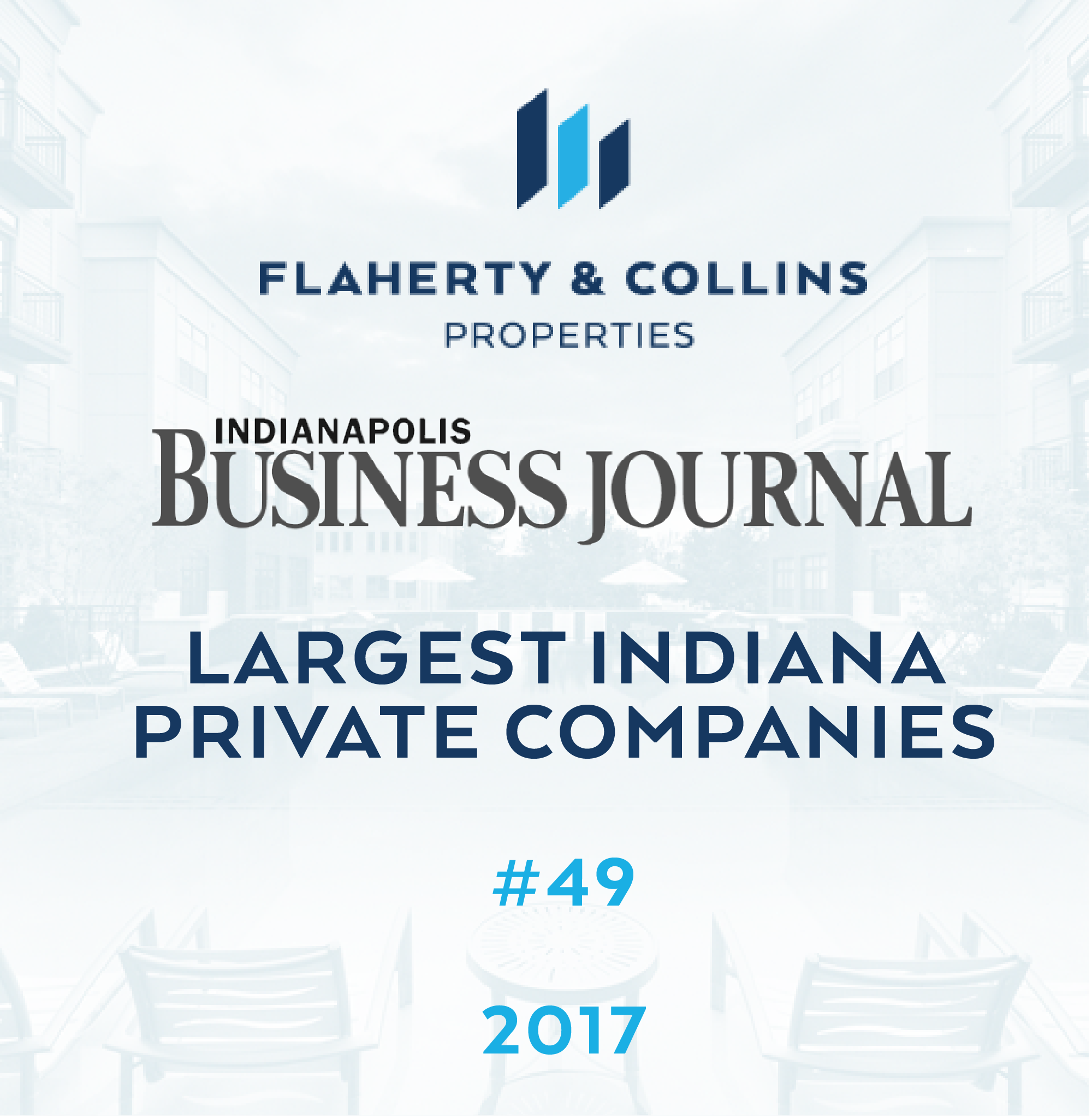 Flaherty & Collins Properties was listed among the Largest Indiana Private Companies in a list by the Indianapolis Business Journal. For the first time in company history, F&C ranked in the top 50, coming in at No. 49 in the annual list conducted by the news publication for year-ending 2017.

“We’ve been fortunate to work with great cities and municipalities across the nation to help them achieve their economic development goals,” said David Flaherty, CEO of Flaherty & Collins Properties. “This ranking really reflects the hard work of our entire team, from development to construction to property management. We’re looking forward to continued growth in the years ahead.”

This year, the firm has opened 360 Market Square, a 28-story luxury high-rise, mixed-use development in downtown Indianapolis and will be opening The Arbuckle, a $40 million mixed-use project in Brownsburg, Indiana, later this summer. In addition, F&C opened Union Berkley Riverfront, a $72 million, mixed-use development along the Missouri River just blocks north of Downtown Kansas City in early June and broke ground on The Yards, $41 million mixed-use, luxury residential apartment development in the Kansas City Stockyards District in March.