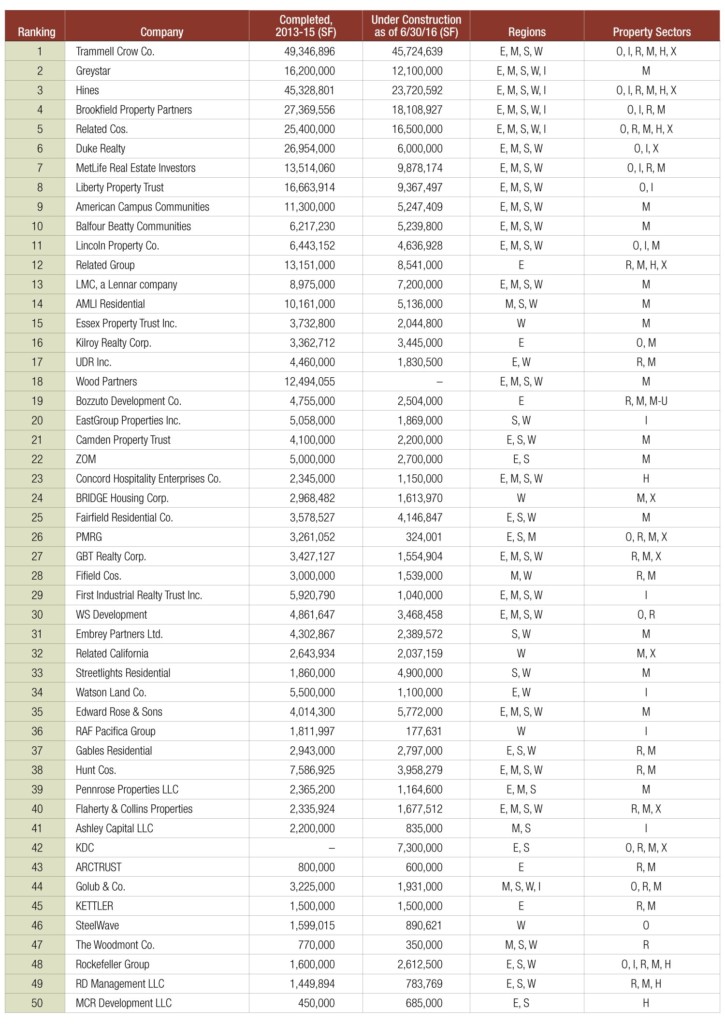 Appearing in the December 2016 issue of CPE, the Year-End 2016  Top Developers ranking, combined with Multihousing News, utilized self-reported data for all firms. The ranking is a weighted formula based on a variety of factors, including current and future plans, market value of projects completed and under construction, geographic dispersion and property diversification. The strongest firms have a large national presence, diversity or specialization among investment sectors and aggressive plans for the future. Ranking factors are not limited to the data that appear on this page.

“We are pleased to be recognized among the nation’s top development firms,” said Flaherty & Collins Properties CEO David Flaherty. “We enjoy working with our partners in projects throughout the country on highly customized public-private partnerships that enhance cities and meet their goals for growth. We’re looking forward to what 2017 has in store and the new opportunities our incredible development team are working to partner on.”

The U.S. development market has been strong in the past year, with active pipelines across property types and construction spending achieving a cyclical high—although with slower growth than in recent years—in the third quarter, according to JLL research. Such strengths showed among development firms leading the Year-End 2016 CPE-MHN Top Developers ranking, with robust construction growth and geographic and property-sector diversity common traits.