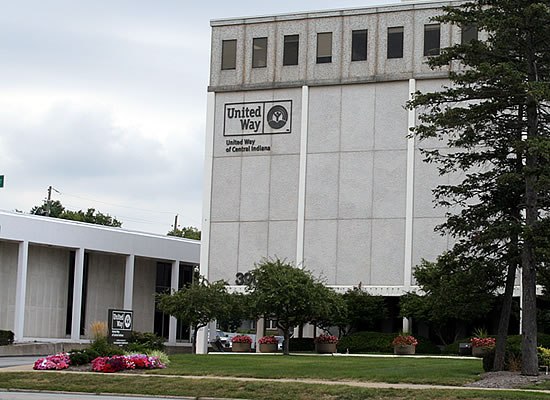 Flaherty & Collins Properties has bought the five-story United Way of Central Indiana building at 3901 N. Meridian St. and will co-develop the property with Midtown Indianapolis, pursuing two projects totaling $32 million that would bring a grocery and 200 apartments to a neglected stretch near the highly traveled intersection of 38th and Meridian streets.

They want to convert the structure, built in 1969 and in severe need of repairs, into 100 mixed-income apartments with up to 15,000 square feet of street-level office space.

Work should begin after United Way vacates the 70,000-square-foot building by the end of the year. The not-for-profit has signed a lease to occupy 30,000 square feet at the State Auto building at 2955 N. Meridian St. across from the Children’s Museum of Indianapolis, CEO Ann Murtlow said.

United Way has owned the building since 1992 but declined to dump “millions” into the building when it doesn’t need the entire space, she said.

In the meantime, Flaherty & Collins Properties is nearing an agreement to partner with North United Methodist Church to develop the surface lot the church owns fronting 38th Street between the church and North Illinois Street.

Plans there call for a mixed-use development with 100 additional apartments anchored by a grocery, said Duane Miller, Flaherty & Collins vice president of community and asset management.

However, the area’s desirability is getting a boost from the city’s $6 million upgrade of Tarkington Park, which is scheduled for completion by year-end. In addition, the planned Red Line bus route would have a stop at 38th and Meridian, potentially increasing foot traffic.ISC and the Great Places 2020 partners have dubbed the neighborhood Maple Crossing. Maple Road was the name of 38th Street when it served as the city’s northern border.

The three Great Places 2020 intersections were identified by LISC and its partners as having the potential to become village centers capable of anchoring vibrant neighborhoods by the city’s bicentennial in 2020.

READ THE ARTICLE IN FULL