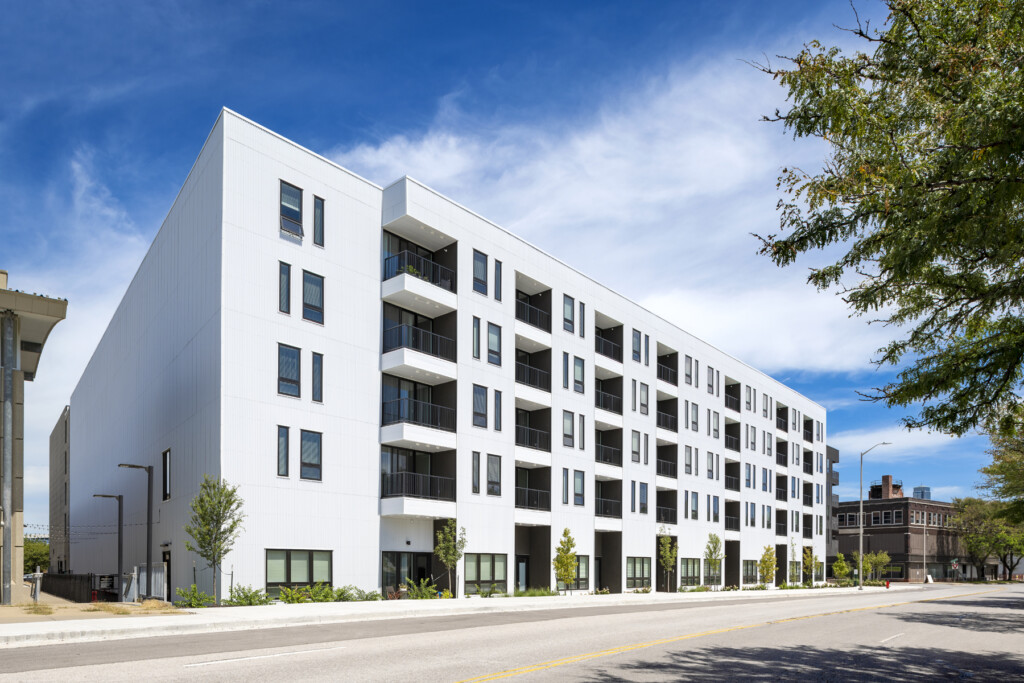 Flaherty & Collins Properties scored a new approval from the Unified Government of Wyandotte County/Kansas City, Kan., bringing it further down the path toward building a $41 million second phase of luxury apartments in the West Bottoms.

The UG voted Oct. 29 in support of a redevelopment plan for The Yards II, which will include 225 to 240 apartments and 6,000 square feet of first-floor retail on 3 acres west of State Line Road.

Project architect KEM Studio plans to give The Yards II a “completely different” look than the $41 million, 232-unit The Yards complex, which opened earlier this year a short distance away, across State Line Road and the Missouri border, Ryan Cronk, Flaherty & Collins’ vice president of development, said during the meeting.

Cronk said the development team hopes to break ground on The Yards II in the third quarter after leasing up more of the first phase — now at more than 50% occupancy, up from 24% as of July.

Flaherty & Collins also has received interest from local restaurant groups that could open a rooftop venue overlooking the Kansas River, though there haven’t been any commitments to date, he said.

In August, the Unified Government approved a broader 17.37-acre tax increment financing (TIF) district around the eventual The Yards II site, also covering ground for future projects and the Rock Island Bridge, plus a development agreement with Flaherty & Collins.

In terms of incentives, The Yards II is slated to receive a pay-as-you-go TIF of as much as $11 million or 20 years, as much as $285,000 in revenue from a 1% community improvement district sales tax and a sales tax exemption on construction materials.