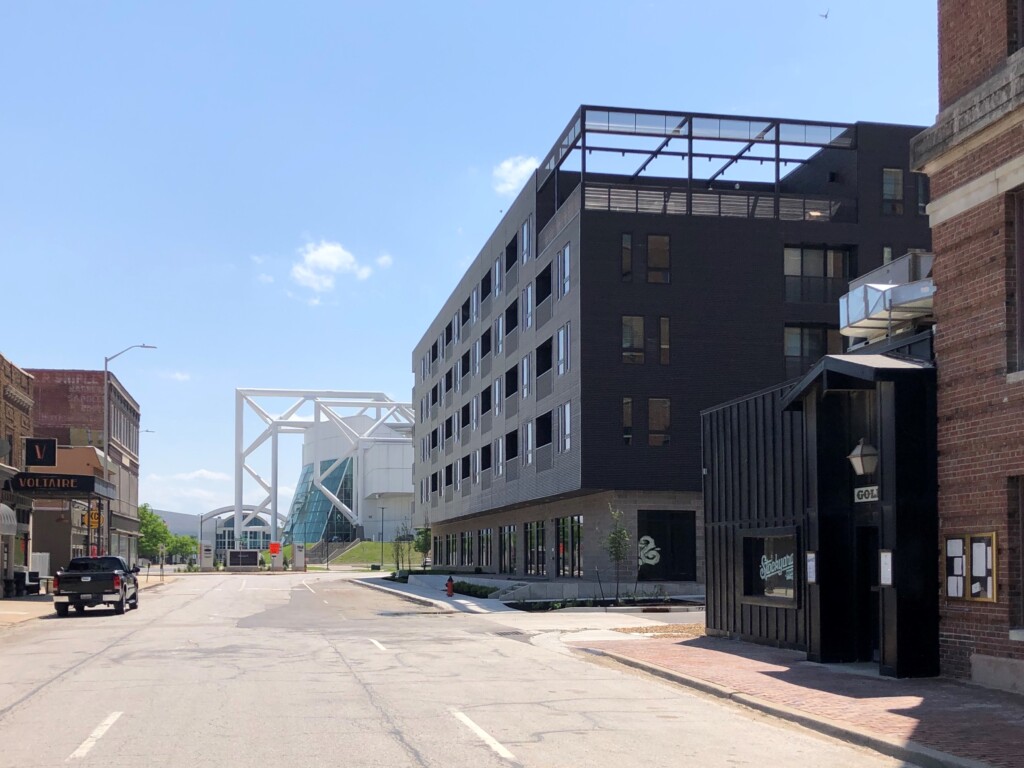 The Unified Government of Wyandotte County/Kansas City, Kan., is reviewing two measures that could get the ball rolling on the next chapter of multifamily efforts in the West Bottoms area.

The UG’s full commission could vote Thursday evening on a development agreement with Flaherty & Collins Properties for The Yards II, its proposed $41 million second phase of luxury apartments along the Kansas River.

The Yards II would sit on 3 acres west of State Line Road in Kansas City, Kan., a stone’s throw from the Indianapolis-based developer’s $41 million, 232-unit The Yards apartments, which opened earlier this year.

The agreement calls 225 to 240 apartments, renting for a blended approximate of $1.73 a square foot across unit types, plus amenities and 6,000 square feet of first-floor retail, restaurant and entertainment space.

Also on the docket is a measure to form a broader tax increment financing (TIF) district around the future The Yards II site. The TIF district would encompass 17.37 acres where future phased projects could take place, as well as the Rock Island Bridge.

Once UG officials separately approve a TIF project plan for The Yards II, Flaherty & Collins Properties will net a pay-as-you-go TIF of as much as $11 million or 20 years.

That project plan is scheduled for review Sept. 14 by the UG’s Planning Commission and a full commission public hearing Oct. 29.

Other project incentives stipulated in the development agreement include as much as $285,000 in revenue from a 1% community improvement district sales tax and a sales tax exemption on construction materials.

The TIF and CID ceilings could be lowered if Flaherty & Collins Properties does not meet construction and professional service participation thresholds for minority-, women- and local-owned businesses.

Flaherty & Collins Properties also must build its proposed retail component to receive the CID funds, start construction on The Yards II by Dec. 31, 2023, and achieve substantial completion within two years.

Ryan Cronk, vice president of development at Flaherty & Collins Properties, told UG officials in early July that construction on The Yards II is planned to begin after The Yards is 70% to 80% leased, up from 24% at the time.

The remaining TIF district land could become home to retail, restaurant, entertainment, residential or other commercial projects, including for office, nonprofit, governmental or community uses.

KEM Studio is the architect for both Yards phases.