KANSAS CITY, Mo. — People who work in the Stockyards District said the new development ‘The Yards’ is a pivotal addition to the area.

It’s been two decades since the last cattle auction at Kansas City’s Stockyards.

“I consider this to be my neighborhood,” said Bill Haw, Rancher and Real Estate Developer.

Years ago, Haw purchased 48 acres in the West Bottoms in the hopes of revitalizing the area.

“So this will be a real breakthrough,” said Haw. 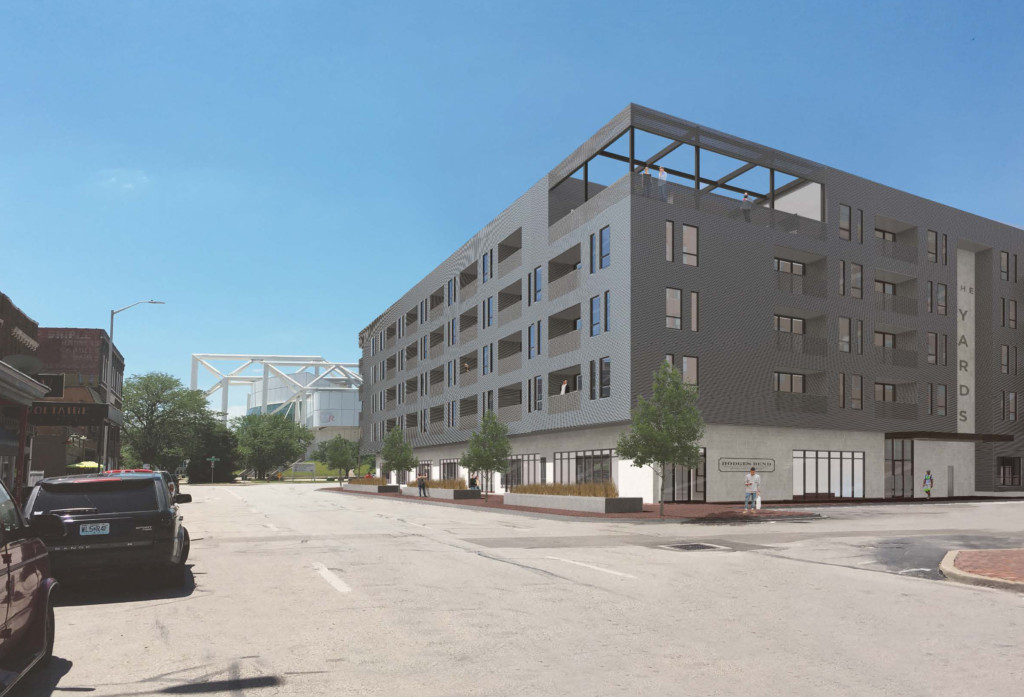 Haw said more residential property is really what is needed in the Stockyards.

“We’ve come a long way in terms of daytime population. This apartment will take us farther in terms of 24-hour population,” said Haw.

More residential space is a welcome addition for nearby businesses like Rockstar Burger.

“The apartment building is going to be a blessing,” said Paul Lewis, chef at Rockstar Burger, “Just to have another building down here that’s going to have 15 to a thousand people is going to be wonderful for us, it’s great for the community too.”

Jerry Collins with Flaherty & Collins Properties says the project was a great opportunity because of the redevelopment of the former Kemper Arena, the proximity to downtown and the Stockyards’ unique feel.

A feel that Haw has worked hard to maintain during the revitalization.

“Really taking this 48 acres that we bought here and converting it from rat-infested abandoned stockyards to something really pretty special,” said Haw.