Metrowire Media: Residential Options Beefed Up at The Yards in KC 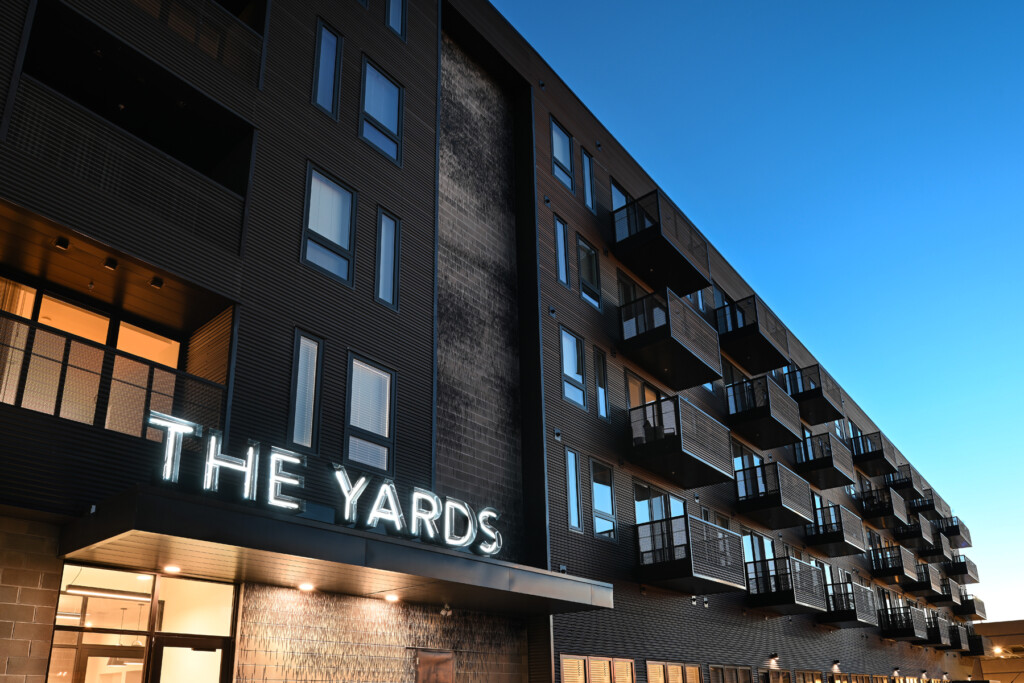 Located in the Stockyards District, The Yards is a 232-unit multifamily project which saw its first tenant take occupancy in May.

While Cronk was working on the Union Berkley Riverfront project, he attended an event at the Amigoni Urban Winery located in the Stockyards, a part of town he had never been before, and met developer Bill Haw who had renovated the Livestock Exchange Building which then had more than 110 tenants.

“When I heard that number, I was like wow, there’s 110 people that want to be in the Stockyards. That’s a big deal. That was very intriguing as a developer to see that,” said Cronk.

Despite the fact that the Stockyards then boasted several restaurants, bars and the winery, the Stockyards had only eleven residential units that Haw had recently completed. With a lot of people coming to the Stockyards to eat and drink, Cronk thought there might be a demand for apartments.

Beginning what Cronk called a “very smooth process,” Flaherty & Collins began development of The Yards on a vacant parking lot next to the Golden Ox.

KEM Studio, located in The Stockyards, was the architect.

“Nobody had a better feel for what the design of this thing needed to be,” said Cronk.

The Yards incorporates historical aspects from the days when the district was a stockyards. Cronk said they found thousands of old bricks when they ripped up the parking lot to begin construction. Flaherty & Collins Properties restored the bricks and used them both inside the property and in the exterior sidewalks. 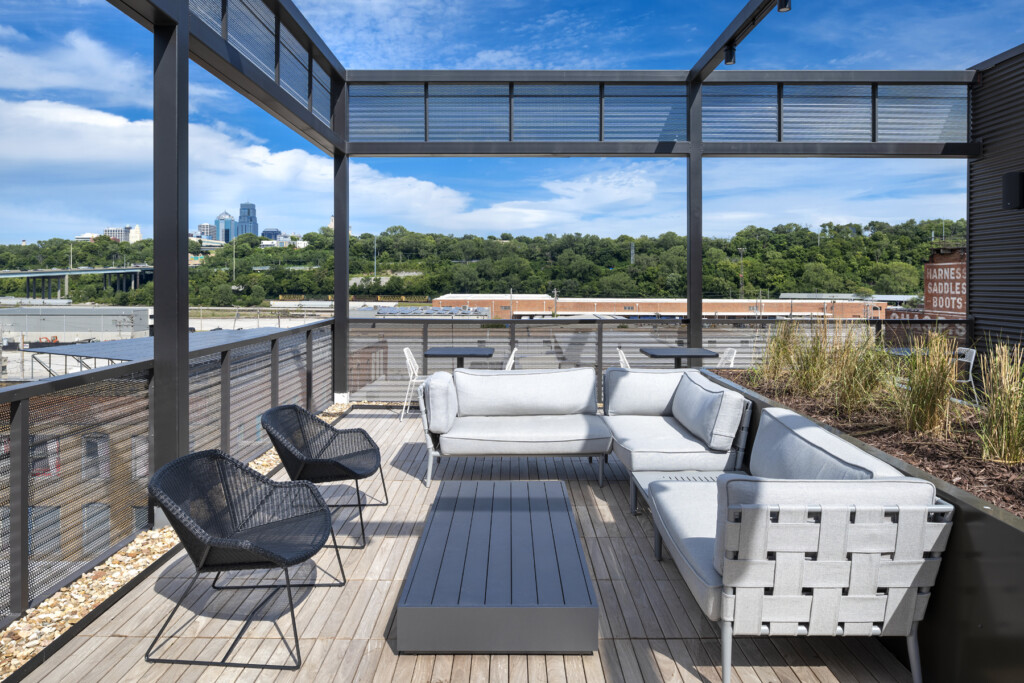 “That was a cool way to keep the fabric of the history of the stockyards in a modern project as well,” said Cronk.

The developer also engaged artist Kevin Townsend to create a large exterior mural in front of the property’s entrance.

The Yards boasts some unique amenities, including a vineyard planted in the middle of its courtyard by Amigoni Winery, who also maintains the vineyard. Cronk said he hopes to use the grapes to develop a house wine to give to new residents.

“It’s also an educational thing where our residents can learn the process of making wine, all the way from the start of growing the grapes to the finish, with Amigoni being across the street,” said Cronk.

Taking advantage of the property’s location near the Kansas River, The Yards also offers its residents the use of kayaks located in a kayak room inside the property. 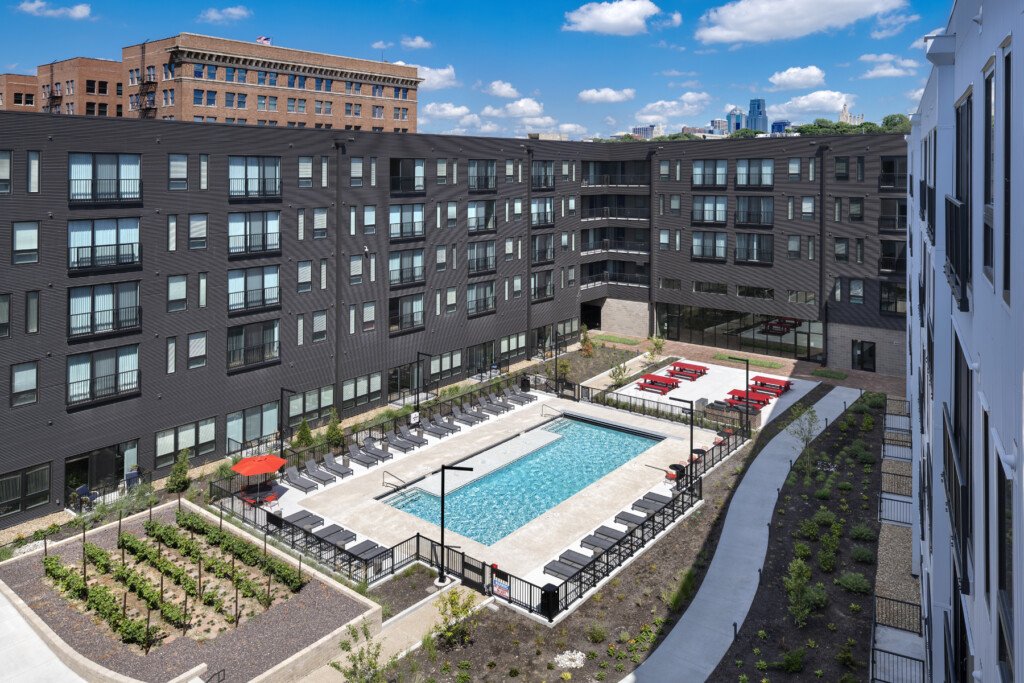 Cronk said the property currently is 43% leased and 34% occupied. Despite the pandemic, the project is actually ahead of budget in terms of occupancy because the developer has been very aggressive with upfront concessions to generate foot traffic.

The Yards also has approximately 3000 SF of commercial space which is close to being under lease.

Pleased with the success of The Yards, Flaherty & Collins Properties is pursuing approval for a Phase 2. Cronk explained that phase 2 will be a separate project, with a different look. The only bond with The Yards will be that both properties will share the parking garage.

Phase 2, which is planned to contain more than 200 units along with some commercial space, will be located in Kansas and will sit directly on the river.

Cronk said his company is working with the Unified Government on the development planning, tax abatement and platting processes. He hopes to commence construction on phase 2 in the third quarter of 2021, if not sooner.

“In Phase 2 we’re really trying to find a unique destination piece for a creative entrepreneur type that wants to do something – something that interacts with the river. Somebody that’s got a great idea and can do something a little bit unique in The Stockyards,” said Cronk.

Cronk said he hopes to continue to build more projects in The Stockyards. “What we saw in the area was a fabric that you can’t replicate anywhere else,” he said.