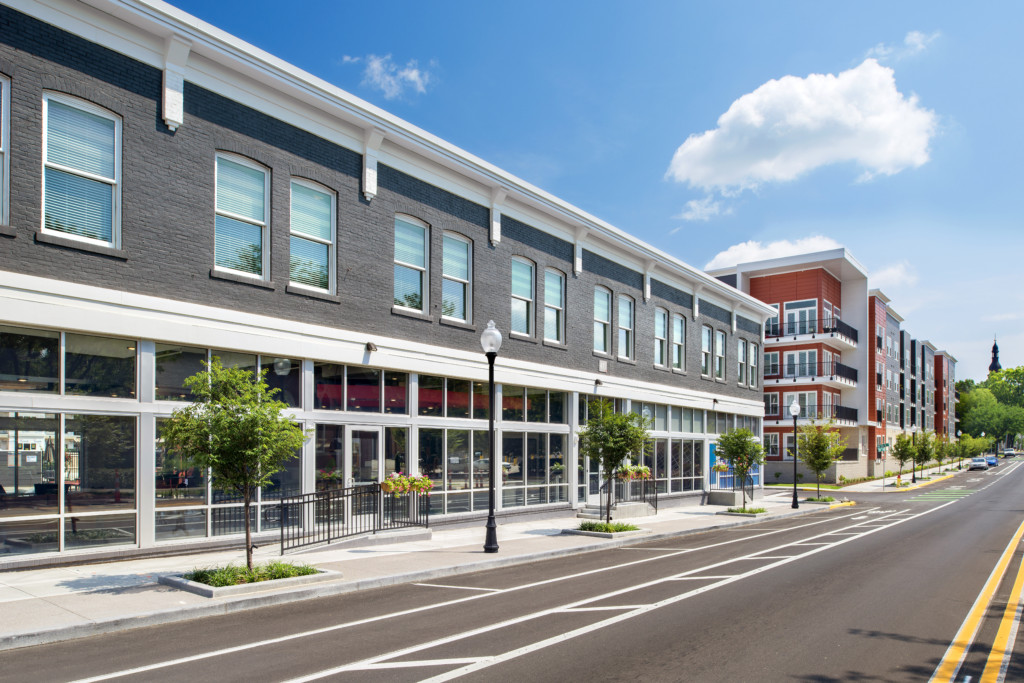 NEW ALBANY — The Breakwater was two months from wrapping up construction when a fire swept through an unfinished building of the downtown apartment complex, destroying 80 units and setting back its completion date.

But Austin Carmony, vice president of development for Flaherty & Collins Properties, confirmed on Wednesday that the 191-unit complex’s Building B opened for tenants on Dec. 12: eight months after the Breakwater was supposed to be finished and almost two years after the project broke ground in a ceremony attended by city officials.

“It’s a huge relief,” said Carmony, who said that the delay was a “let down” for the company.

New Albany woke up to the news of the Breakwater fire on Feb. 25 of last year. Fire crews responded to the blaze at the luxury complex around 5 a.m., which New Albany’s fire chief referred to as one of the largest scenes of his career.

Camille Gude, a current Breakwater resident, didn’t live at the complex at the time, but remembers taking a trip to the scene to distribute food to the beleaguered fire crews. Gude didn’t know she’d eventually move into an apartment there, but when she began looking for a new place to live, the blaze didn’t deter her from choosing the Breakwater — especially because she knew the reason the fire had occurred.

An investigation revealed that the blaze was started by an HVAC installer who was soldering a copper line in the ceiling of a second floor unit when the insulation around him caught on fire. The installer, who was employed by Del Monde Heating and Air Conditioning, thought he put it out himself, but the flames soon spread.

Flaherty & Collins started rebuilding Building B last spring with a new HVAC installation company on board. Officials estimated that the project would cost $10 million.

Flaherty & Collins finished the building’s construction on time and on budget, Carmony said.

Move-ins into Building B started quietly as soon as Flaherty & Collins got the OK. Property management held a party for residents, local businesses and future and prospective tenants to celebrate the end of construction, but has yet to hold a public ribbon cutting. Instead, Flaherty & Collins is focusing on leasing units, Carmony said. Currently, over 50 percent of the complex is leased, as is 33 percent of Building B.

“From our standpoint, we still have a lot of work to do,” Carmony said.

The company’s goal is to be “economically full,” with about 93 percent of apartments leased, by October. Rent at the Breakwater ranges from $705 to $1,670, according to a 2017 News and Tribune article.

Other than that, the luxury apartment complex is finished: its pool was in full operation this summer and residents were also enjoying its dog run and fitness center.

“People are coming from all over to live at the Breakwater,” Carmony said. “It’s like, kind of the — it probably is — the place to live in Southern Indiana.”

Gude likes the Breakwater because of its staff. Without them, Gude said, she wouldn’t have made it through the separation that led to her moving into the apartment complex. One office worker in particular would listen to the tenant and commiserate with her.

“…The staff is phenomenal,” Gude said.