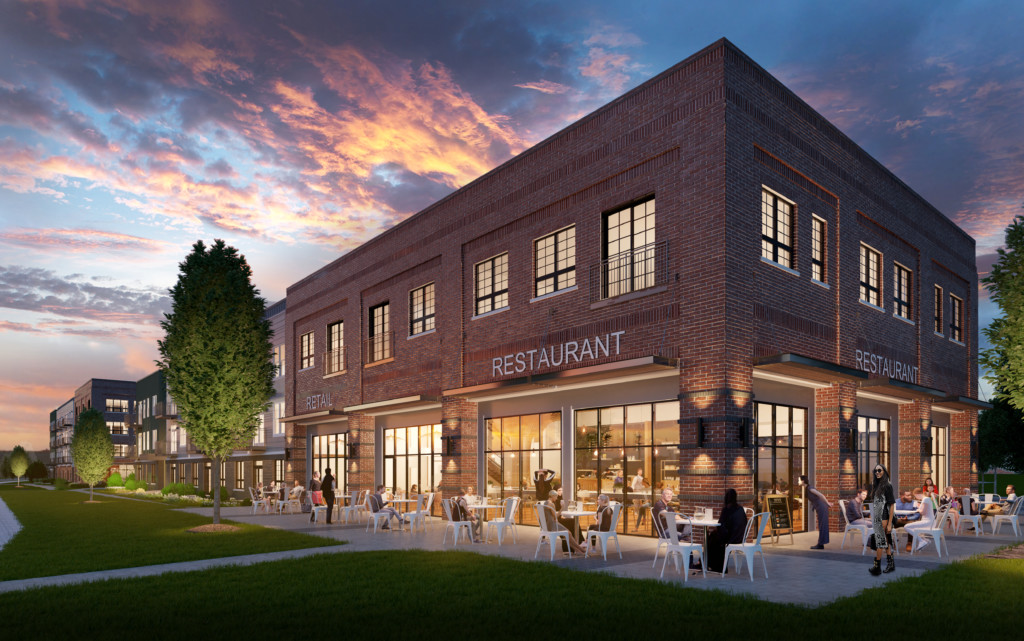 by Stan Maddux | The Times

LAPORTE — Resort-type housing is starting to go up where an empty manufacturing building once stood on the edge of downtown.

Groundwork began last week for the footings and foundations that will support three buildings containing 200 apartments called “The Banks” near Clear Lake.

The development, on less than five-acres, is the latest to occur at New Porte Landing, with 17 of the 50 acres there still available to build on at the former Allis Chalmers site.

“We couldn’t be more excited, and excited for the people who worked on this all of those years,” said Bert Cook, executive director of the LaPorte Economic Advancement Partnership.
Flaherty & Collins Properties of Indianapolis, which has similar developments at over 100 locations nationwide, is investing $35 million in the project expected to be finished in 18 months.

Cook said a fourth apartment building could go up depending on demand.

Young professionals and empty nesters, primarily from outside the community, are expected to rent the one- and two-bedroom apartments, to be priced at $900 to $1,500 a month.

Cook said a high volume of residents with disposal incomes at one location should trigger a noticeable increase in retail growth, especially at New Porte Landing and downtown.

“It’s the type of project that makes significant change to a community,” he said.

Mayor Tom Dermody said the development helps fill a void in a city.

“There are not a lot of options, and with as much that is going on and will continue to go on in LaPorte, we definitely need housing of all types. We’ve got a lot of work to do,” he said.

Redeveloping the site began about 15 years after Allis Chalmers shut down its farm machinery plant in the early 1980s.

Cook said the time involved to redevelop the property is typical for any old industrial site with contamination left behind.

“It’s taken a tremendous amount of work to remediate and get it ready for new use,” he said.