The Regional News: Orland Park to reap $6.8 million thanks to buy-out of loan 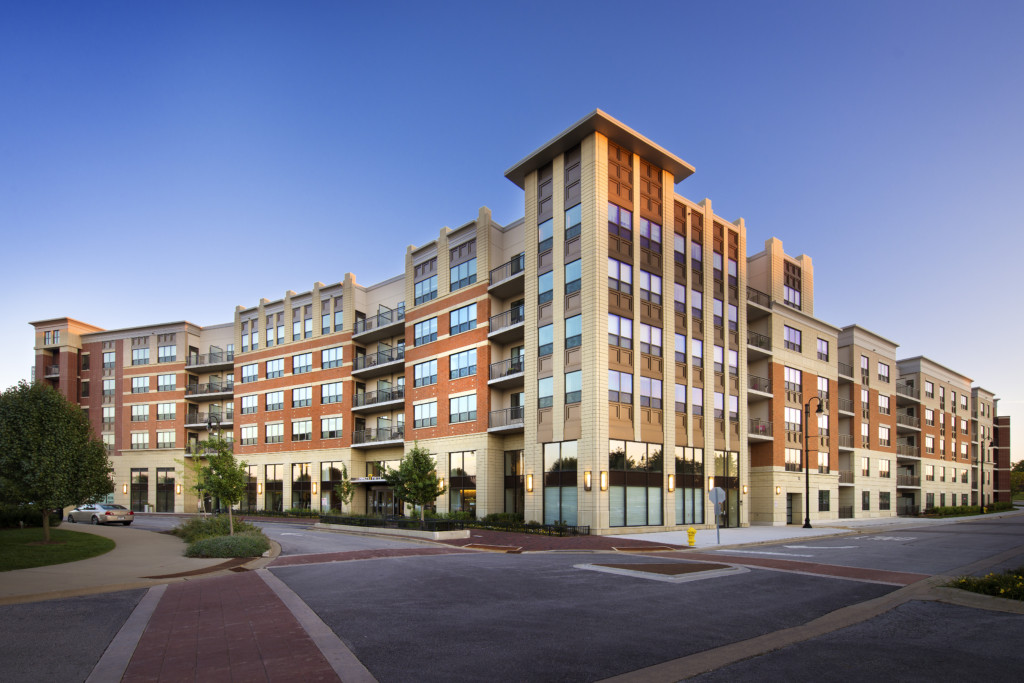 By Dermot Connolly | The Regional News

Orland Park officials revealed on Monday that the village has accepted a $50.5 million “takeout offer,” or buy-out, from Flaherty and Collins, developers of Ninety 7 Fifty on the Park, the luxury apartment complex at 143rd Street and LaGrange Road.

“This is a significant return for the village of Orland Park,” said Trustee Kathy Fenton, chair of the village’s Development Services Committee, in a statement. “Last fall, we began takeout discussions with Flaherty and Collins based on the knowledge that this offer, which came forward four years earlier than anticipated, would allow the village to recoup its entire investment.”

In 2011, the Orland Park Board of Trustees authorized the financing of Ninety 7 Fifty on the Park and created a public-private partnership resulting in 295 luxury residential lease units, 4,000 square feet of first-floor commercial space, 8,666 square feet of residential amenity space, and 365 onsite parking spaces, on 3.4 acres of village-owned land.

“From the beginning, Ninety 7 Fifty has exceeded occupancy expectations, with a current occupancy rate of approximately 97 percent” said Trustee Carole Griffin Ruzich, chair of the village’s Finance Committee. “Average residential lease rates have increased significantly since opening, with current lease rates ranging from $1,440 to $2,440. The success of this development is a huge accomplishment for the village.”

The agreement received the support of former Orland Park Mayor Dan McLaughlin, who lost the April 4 election. In a May 11 memo to the village board, McLaughlin wrote, “I believe strongly that the recent offer from Flaherty and Collins of $50.5 million should be seriously considered. This will allow the village to reduce our debt load and enhance our cash flow, while also knowing that we participated in an extremely successful project.”

Mayor Keith Pekau also expressed support, saying, “The takeout offer is the best alternative for village taxpayers going forward. It reduces our debt, improves our liquidity and removes the significant risk the village has as owners/investors in the property.”

An evaluation by Pilewski and Associates, an outside financial consultant, states that “…the takeout offer allows the village to pay off the line of credit/term loan and provides additional cash flow to support village initiatives. Ninety 7 Fifty on the Park has been a catalyst for additional development, including a University of Chicago Medical Center, a 520 space multi-level public parking facility with 12,000 square feet of commercial space and a proposed 80,000 square-foot entertainment and mixed-use building,” referring to the planned Cinepolis movie-theater project.

The financing structure defined in the original redevelopment agreement included a $38.2 million developer loan, a $25 million village project incentive and $2 million in equity provided by the developer, for a total project cost not to exceed $65.2 million.

Orland Park Finance Director Annmarie Mampe said, “With the $50.5 million takeout offer, as well as project-related revenues collected to date and into the near future, the village will fully recoup its investment and realize a net gain of approximately $6.8 million, including the tax increment generated.”

Fenton said, “Not only will the village recoup its original investment and capture nearly $7 million on top of that, Ninety 7 Fifty has been a great catalyst for Downtown Orland Park. It helped attract the University of Chicago, Mariano’s, the new theater complex and others. We are all very proud of this achievement.”