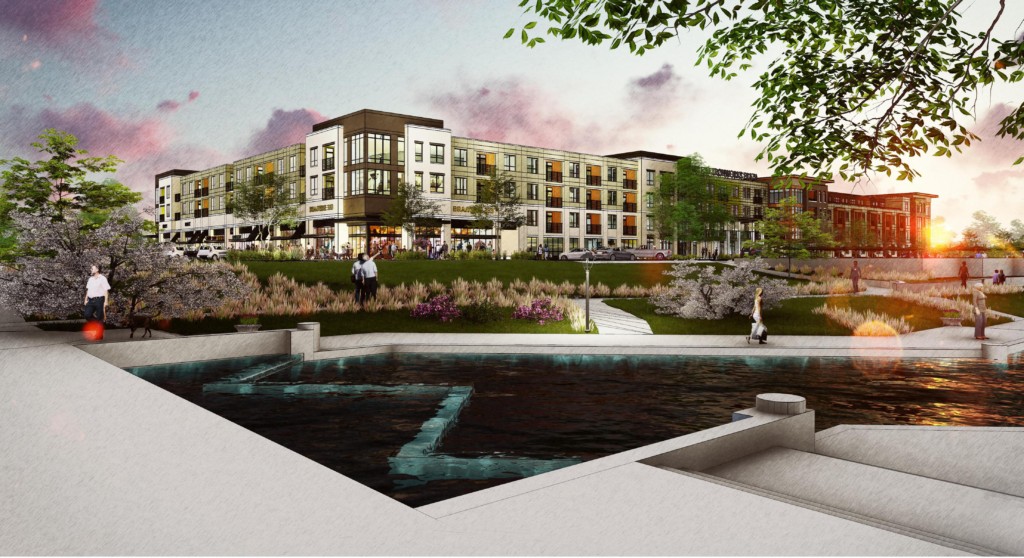 MISHAWAKA — Young professionals, millennials and empty-nesters will be the target for the large, 232-unit apartment building that an Indianapolis developer hopes to start building this summer near Beutter Park.

These are people who “could afford a big house, but want the amenities,” said David Flaherty, CEO of Flaherty & Collins Properties, who recently spoke to the city’s Redevelopment Commission.

Tenants might find a pet grooming station, a large room to store and work on bikes, a workshop space for personal projects and a couple of guest suites that visitors could rent by the day.

When asked, Flaherty said its target audience is needed to make the project happen. They are active and social, he said, and are likely to step out, visit the businesses and enjoy the city’s Riverwalk.

Several restaurants have already shown interest in two key spaces on the street level of the four-story The Mill at Ironworks Plaza, as it would be called.

The city pursued this deal as a way to finally spur development on wide, vacant plots of city-owned land in downtown where the Uniroyal plant was imploded 17 years ago. On Feb. 27, the commission approved a development agreement with Flaherty & Collins Properties, who will spend $26.9 million on the project, plus more than $9.5 million from the city and almost $5.26 million from the state’s Regional Cities Initiative.

Once the two-block building is finished in 2019, Flaherty & Collins Properties would own and manage it.

“This is a long time coming and will serve as an excellent anchor for downtown development,” said commission member Bill Pemberton.

The city will also get 133 public spaces in a parking garage to be tucked inside of the building, spaces that would be free for the first three hours. Another 270 spaces in the garage would be reserved for tenants.

The city’s investment, said Mishawaka city planner Ken Prince, would be repaid via tax revenue from the building since the money would all come from tax increment financing. First, the TIF bond must pass the city council’s approval this spring.

Flaherty said his company, with 70 employees in its corporate office, has built several of these mixed-use developments, all of them involving both public and private money. They range from The Depot at Nickel Plate, finished two years ago in Fishers, Ind., to a $29 million project in Elkhart, Stonewater at the Riverwalk, where city officials have yet to approve a bond before construction begins this spring. Overall, he said, 70 percent of their tenants come from outside of the city.

“We don’t exclude children; we don’t get children,” he said. But he said the company has tracked the ZIP codes of tenants who’ve moved out from its complexes around the country — the forwarding addresses for deposit checks — and found that, “When they want children, they are more likely to stay in the same area.”

Mishawaka’s development agreement with another developer, Barak Group, expired at the end of December for condominium buildings and a tiny café at another site near Beutter Park, leaving the city open to consider other options, said Ken Prince.

“We probably will not re-look at that site for another month or two, and it may include re-marketing it,” Prince said, adding that, for now, city staff are focused on the Flaherty & Collins Properties project.

The Barak Group’s executive manager referred questions to the company owner, who wasn’t available. But Prince said Barak Group is still actively pursuing a hotel project on the city’s vacant island just east of Main Street and north of the city police station.

Yet another developer, Scott Sivan, still hopes to build a River Walk building with 50 to 60 apartments on a vacant city lot southeast of Main and Mishawaka Avenue. He’s seeking a five-year tax abatement that will come to the city council for approval. If that passes, he might break ground in late fall, though he noted that’s ambitious since there’s still a lot of design work to do.

Meanwhile, the 73-unit River Rock Apartments that he completed last summer northwest of Main and Mishawaka now has 68 of its units leased, Sivan said.

Aside from his own office, none of River Rock’s first-floor office and retail space has been rented. Two retailers are interested. If secured, he said, it would leave another 3,500 square feet of space that’s available.

Sivan is cautious about being more specific because of his experience with a small grocery store that he’d expected, which fell through. Financing is a challenge for mom-and-pop businesses, Sivan said. So it’s easy to talk about interest, but he said, “When you get down to a contract and putting money on the line, that’s a different animal.”

The company has talked with Martin’s Super Markets, too, about a small grocery store similar to the one that would go in Dave Matthews’ nine-story building in South Bend. But Brian Prince said that likely won’t work since Martin’s prefers to own a space than rent. He said the two firms are still talking about ideas, and a convenience store may be an option.

Flaherty said his company’s projects don’t typically have this level of interest this early in the process, adding, “I worry less about this than anything we’ve got going.”