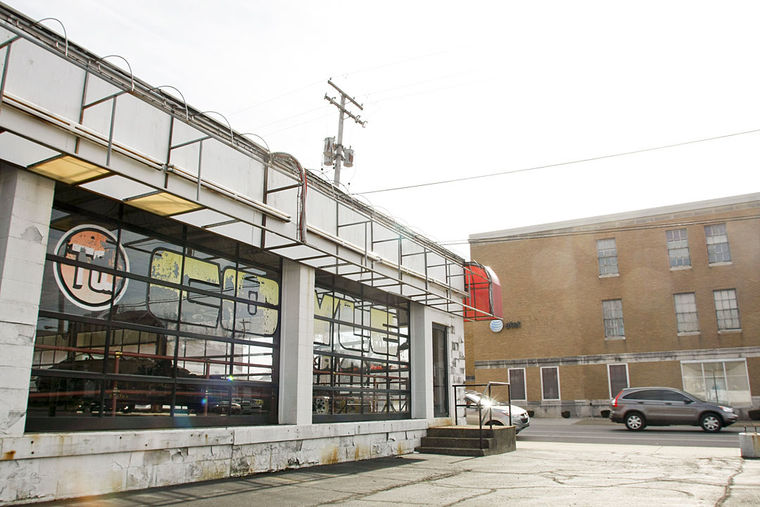 NEW ALBANY — The property that once housed an iconic New Albany business is now being prepped for a new city landmark.

A groundbreaking ceremony for The Breakwater, a 192-unit apartment complex, will take place at 11 a.m. Dec. 16 at the former Coyle Chevrolet site, 411 Spring. St., in downtown New Albany.

Fencing was put up around the property recently in preparation for construction to begin. Indianapolis based Flaherty & Collins Properties, developers for the property, also purchased the closed Your Community Bank drive-thru next to the Coyle site which will be incorporated into the development.

“It’s been an unbelievable process,” said David Duggins, director of economic development and redevelopment for the city. “It’s something we have been working on for quite some time. I am pretty proud of it.”

The project will include multiple five-story apartment buildings and a renovation of the Coyle showroom into restaurant and office space. The for-lease apartments will be generally targeted to families making about $50,000 to $60,000 annually, and the complex would include several amenities geared toward young professionals.

The project received a $3.3 million state tax credit and the New Albany City Council approved $4.9 million in bonds for the complex. The financial firm Crowe Horwath also administered an economic impact study for the city based on the project, and they are estimating the development would spur $30 million in investment within five years while creating 100 jobs.

“There is not a community in the country who wouldn’t want this project,” New Albany Mayor Jeff Gahan said. “Years from now we’ll be able to point to it and say that brought a lot of people to downtown New Albany. Housing and residency are extremely important to the city.”

Gahan said it is important for the city to have a “good balance” between high-end, medium- and low-income housing. Austin Carmony, a developer with the company, said previously the average monthly rent would come in at about $1,100.

The first phase of construction will include moving utilities and tearing down the old Dodge showroom building, which hopefully will happen before the end of the year Duggins said. He also said people should be living in the complex in 18 months.

He said several fiscal studies were completed on the importance the project will have on the downtown area and the city.

“It will bring more spending power downtown,” Duggins said. “I don’t think we could have picked a better spot. It’s really going to be nice looking and done right.”