MISHAWAKA — Downtown Mishawaka is set to look a lot differently in the coming years, thanks to a grant from Regional Cities. The Mill at Ironworks Plaza, a Flaherty & Collins Properties development, near Beutter Park will eventually become luxury apartments and shopping.

City leaders hope it means that Mishawaka will become a destination spot, not just for shopping and restaurants, but for starting a life, so that people move here and stay here.

Construction is set to start in June. It will transform the calm Beutter Park, into a shopping center with 233 apartments on the top.

Jim Schellinger, the president of the Indiana Development Economic Corporation said the whole point of the project, is to boost the economy.

“Our number one enemy right now, for economic development, for the foreseeable future, is population scarcity,” he said.

Scarcity because people aren’t moving to northern Indiana to start a life. Schellinger and Wood hope building up Mishawaka’s downtown will attract millennials and make them want to stay. 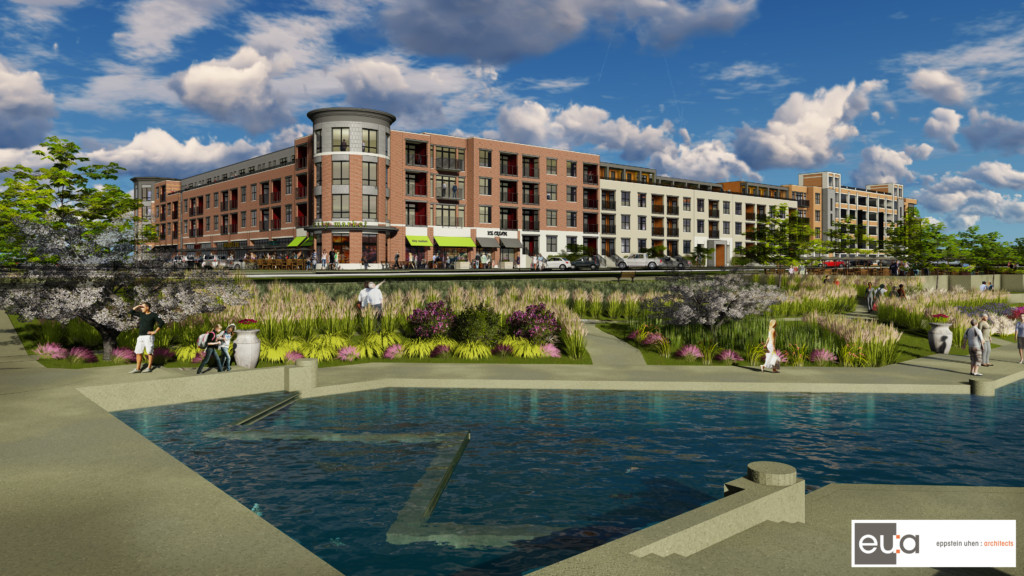 “If we are going to help our businesses grow, and help them prosper, we not only have to create this great environment for business, that we have in Indiana, but we have to have the workforce,” Schellinger said.

Mayor Wood compared the project to something similar to Eddy Street in South Bend, a hub for restaurants, shopping and living.

“The nice thing about it is it’s mixed use. We’ll have the residential on top, but we will also have the commercial, the retail, the restaurants down low,” said Wood. “We’re going to have our very first parking garage in the city of Mishawaka.”

The state is funding $5.2 million out of the $41.8 million it costs, but Wood says it will be worth it in the end.

“We’re already seeing investment in our downtown, just based on this one project,” he said.

On top of millennials, he said the apartments will attract the older population, too. The people who are ready to get out of their house and have a little less maintenance.