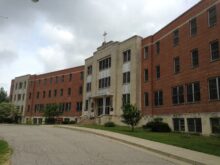 Located at Saint Mary-of-the-Woods, St. Mary’s Senior Living is the creation of 64 affordable housing units for seniors, 33 of which will be one-bedroom units and 31 two-bedroom units, part of the rehab of Owens Hall. Twenty percent of the units will serve people with intellectual or developmental disabilities.

The Sisters of Providence were awarded tax credits from the Indiana Housing and Community Development Authority (IHCDA) to repurpose Owens Hall as low-income housing.

Built in 1959, Owens Hall was originally used for new members of the Sisters of Providence. It was later used as administrative offices and a residence hall for the sisters. 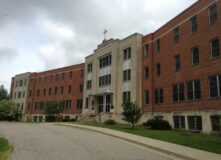 Map has not been configured for this property.