NEW ALBANY, IN (WAVE) – It’s a development project that has the potential to change downtown New Albany.

The Breakwater is a new luxury apartment complex that is nearing completion.

There will be nearly 200 apartment units in the property spans that several blocks along Spring Street and sits on four acres.

When Indianapolis-based developer Flaherty & Collins Properties started looking for its next project, something about New Albany just stood out, according to the company’s Vice President of Development Austin Carmony.

“It’s prime for redevelopment,” Carmony said. “There’s more restaurants, there is walkability and we are seeing this trend around the country.”

The Breakwater broke ground last December and the project is almost ready for people to start to moving in. The resort-style complex is centered around the renovation of the old Coyle Chevrolet showroom.

“You can’t replicate it because we expanded from the envision of the original Coyle building back in the early 1900s and then tied the new construction to that,” Carmony said.

“Residents fuel economic development and that’s really what it’s all about,” Gahan said. 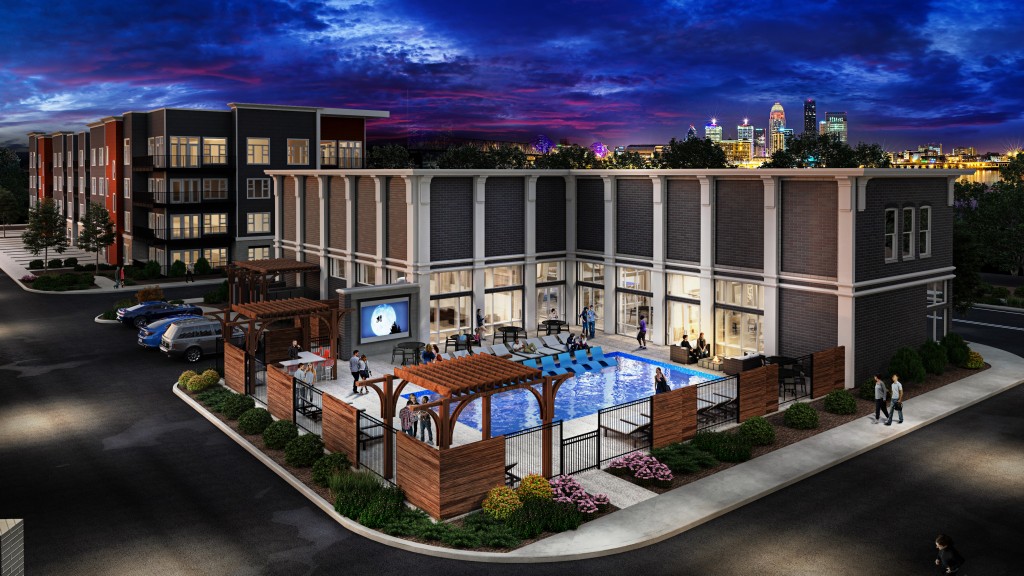 The project will feature studio, one- and two-bedroom apartments, an outdoor swimming pool, a movie screen, fitness studio and dog park, in addition to its views.

“We’ve had a lot of great interest and we are still looking to finalize an arrangement with an operator,” Carmony said.

The apartments target young professionals and empty-nesters in hopes of bringing new life to a historic downtown.

“(It has) all of the amenities of living downtown, but (it’s also for those) that want that hometown feel and I think they will still have that after this wonderful development,” Gahan said.

The leasing office is now open. Several units will be ready by the end of the year. Rent ranges from $850-$1,650. The entire project is expected to be complete this spring. For more information on the development go here.