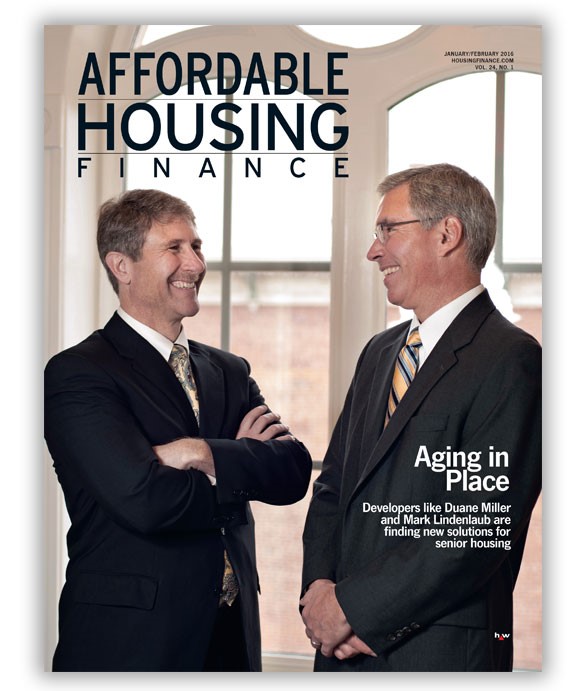 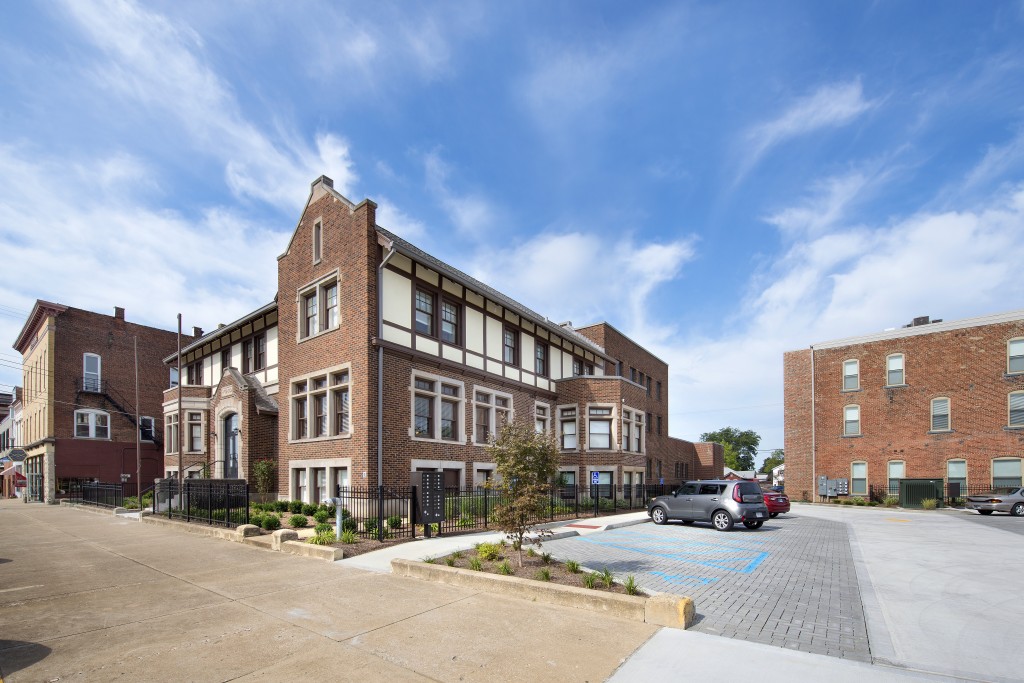 Historic Greensburg Square Apartments is a sign of the future.
Located in the city of Greensburg, Ind., the new property provides 40 affordable apartments for ­seniors at a time when the elderly population is booming nationwide.
The estimates are staggering as the mighty baby boom generation ages. By 2030, more than 70 million Americans will be 65 or older, twice the number in 2000, according to the Census Bureau. The coming “gray wave” will surely increase the need for affordable seniors housing.
To develop Historic Greensburg Square Apartments, developers Flaherty & Collins Properties and Thrive Alliance renewed four derelict buildings in the city’s courthouse square. The move is adding vitality to the heart of downtown and providing valuable housing.
“Having a community of seniors living in their historic downtown provides a perfect environment and support system for this population to age in place together,” says Duane Miller. “As one of the veterans told a group of us at the open house, ‘Now I can call this place home.’ ”
“Aging in place” is the ability of people to live in their long-term homes and communities safely, comfortably, and independently for as long as possible, regardless of age, income level, or physical ability. The Indiana Housing and Community Development Authority (IHCDA) is among the state housing finance agencies thinking hard about supporting seniors housing in a way that helps it meet these criteria. As part of this effort, IHCDA recently completed an aging-in-place study by interviewing senior residents and property managers.
Aging in place usually focuses on adapting a house or apartment to meet residents’ needs, but the IHCDA study found that a property’s location plays a big role in creating a feeling of being at home, says Jacob Sipe, IHCDA’s executive director.
“The location meant they had access to services, access to retail, access to where they can do their banking, and access to the doctor’s office,” he says.
The study urges IHCDA to embrace the importance of place by adopting a more comprehensive view of “aging in community” and incentivizing desirable locations.
The findings led to several changes in the agency’s 2016–2017 qualified allocation plan (QAP) for reserving low-income housing tax credits (LIHTCs). IHCDA sets aside 10% of its housing credits for elderly housing.
In the new QAP, the highest-scoring category is “desirable sites.” This includes being close to retail, services, and civic and community facilities.
In addition, IHCDA has made universal design features a threshold requirement instead of a scoring category. “We recognized that one of the comments we consistently saw was the importance of having accessible units and universal design features,” Sipe says. “We decided to raise the bar.”
The agency is reviewing 16 applications and expects to make its LIHTC reservations in February.

The aging-in-place study helped shape the latest QAP but is important for another reason, as well. “I think it also helps developers, giving them more information as to what makes their properties attractive,” says Sipe. “I hope this isn’t just a tool for public policy. I hope this is also a tool for communities and developers to meet the needs of our aging population.”