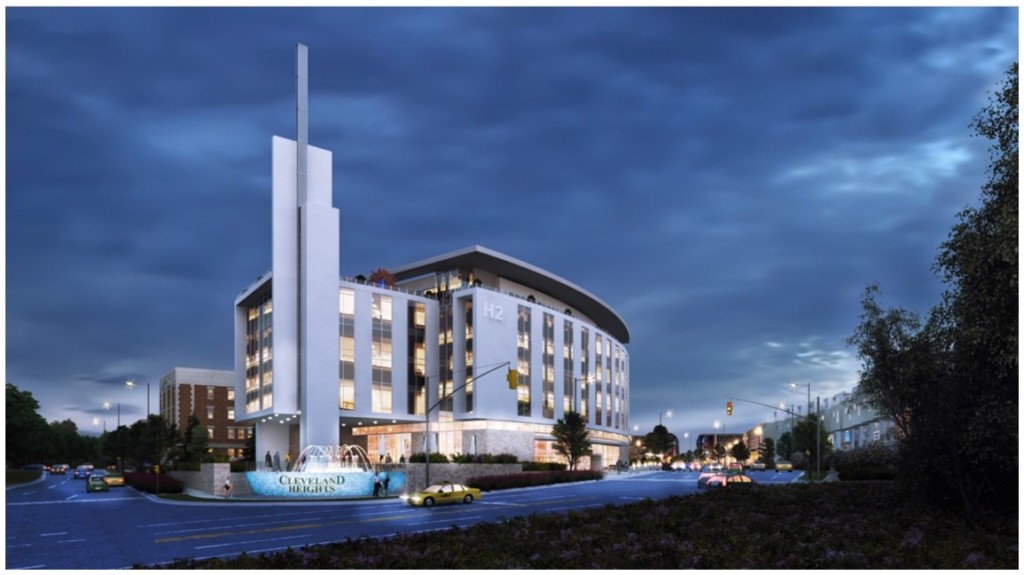 A pact with Indianapolis-based Flaherty & Collins Properties for a $75 million project to develop the city of Cleveland Heights-owned Top of the Hill site has cleared a key hurdle.

The suburb’s city council approved legislation authorizing city manager Tanisha Briley to sign a development agreement with the developer, according to a news release the city issued Friday, Feb. 23.

The move, the city said, means the project may proceed to the design and construction planning phase.

“The Top of the Hill project is a priority for Cleveland Heights,” Briley said in the release. “A lot of work has gone into advancing this project to this milestone by both the city and our partners, and we’re excited for this project to move forward into the next stage of the development process.”

The proposal calls for market-rate apartments, a hotel and retail space in a mixed-use development atop Cedar Road Hill at Cedar and Euclid Heights Boulevard. The plan also may incorporate new office space or for-sale townhouses, the city stated.

The city owns the four-acre parcel near well-established retail districts and several apartments. Repeated efforts to develop the site have come to naught since the 1970s.

The council adopted the measure unanimously at its meeting on Tuesday, Feb. 20, a city spokeswoman said.

The Indianapolis real estate firm was the last suitor standing after the inner-ring suburb conducted a request for proposals that began in 2016 that drew multiple candidates for the opportunity.

Flaherty & Collins Properties has completed more than $2 billion in real estate projects since it was founded in 1993. The city’s analysis of six applicants for the site said the Indianapolis firm had the largest staff and had in-house design and construction expertise.