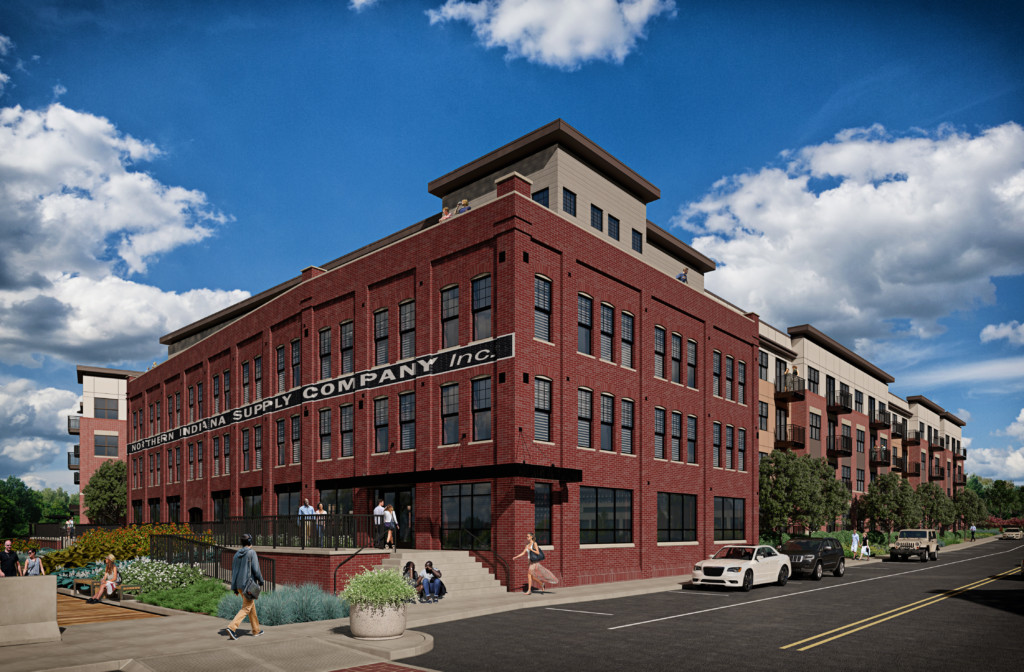 The influx of housing to downtown Kokomo has left many wondering who is going to fill the apartments and townhomes and what could happen if some of the biggest projects flop.

Such concerns haven’t gone unnoticed on the third floor of City Hall, but Kokomo Mayor Greg Goodnight has made a hobby of arguing against the most common worries, citing the decisions made by outside developers in coming to Kokomo and various lifestyle trends.

Goodnight spoke in an interview about the issue shortly after a public announcement in February that the former YMCA will become home to 46 market-rate apartments by the summer of 2019.

The old YMCA, 200 N. Union St., joins a number of housing construction projects in the downtown Kokomo area, including the Apperson Way Apartments — which opened last week with signed leases for 25 percent of its units — the Market Street Townhomes being constructed behind the new YMCA, the $20 million 119-unit Kokomo Residential Care Facility and more.

The biggest of Kokomo’s downtown housing projects, and its most talked-about, is 306 Riverfront District, a $32 million mixed-use development of the former Apperson Brothers factory and surrounding property into a luxury apartment community.

With 198 luxury apartment homes and 4,800-square-feet of retail space, 306 Riverfront District, located in the former Northern Indiana Supply Co. building, is directly across the street from Kokomo Municipal Stadium and will, officials hope, attract new residents and customers to downtown Kokomo. 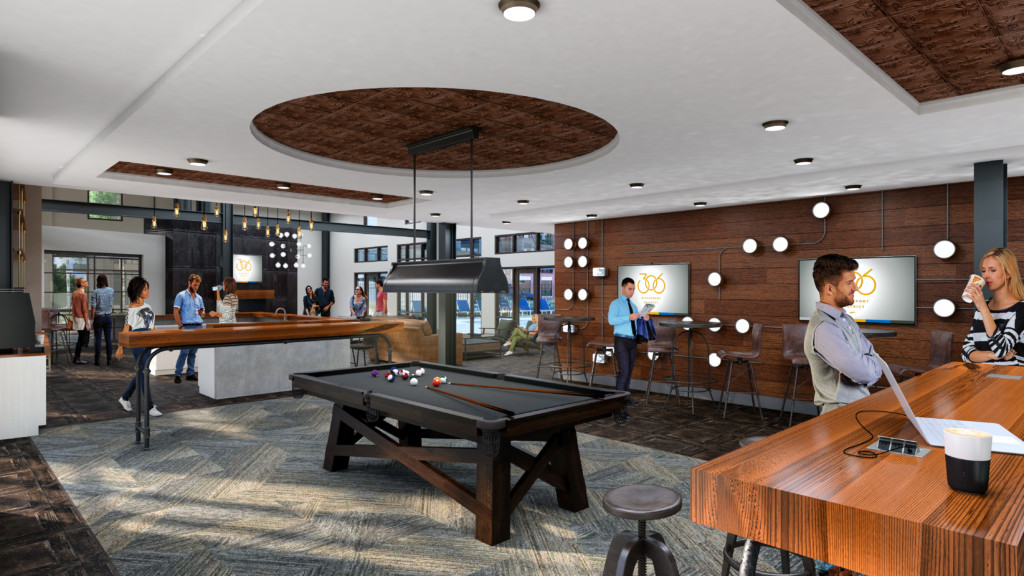 The project is expected to open in late 2018.

As Goodnight noted, the decision to undertake such an immense project wasn’t made by city officials, although they supplied the property. Instead, it was made by development firm Flaherty & Collins Properties after a meticulous market research process.

“First of all, I’m not doing it. We have private developers who are investing millions of dollars who believe this is a good idea,” he said about the numerous downtown housing projects. 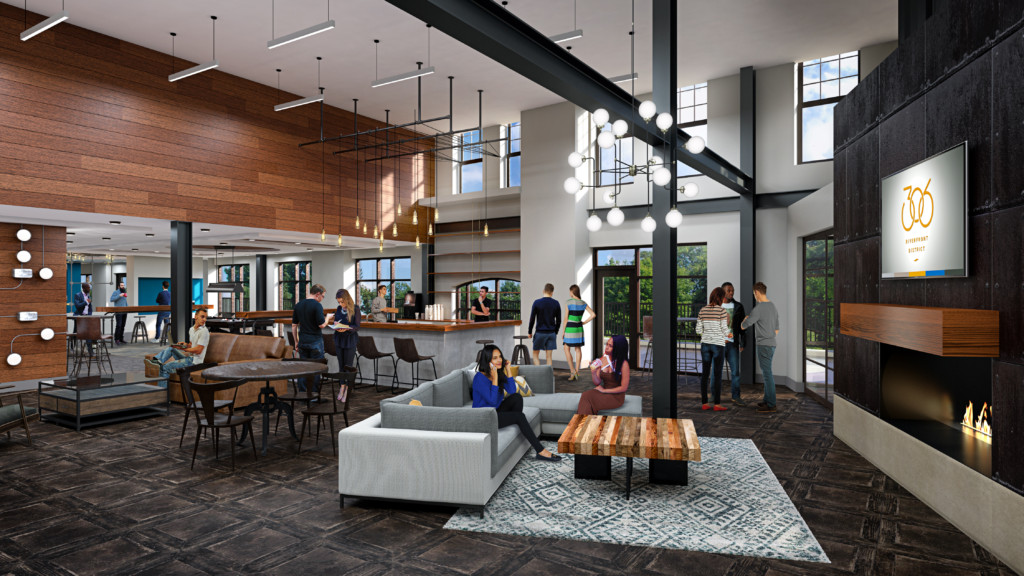 That market research, say city officials, is taking into account a number of factors, including lifestyle amenities and commuter trends, and determining that Kokomo is a good place to stake a claim.

Goodnight believes that determination comes largely from his administration’s focus on walkability, connectivity and downtown growth. Goodnight noted he hasn’t had any developers express interest in building an apartment complex “in a cornfield.”

That decision by developers has been backed up by population data.

More and more people, said Goodnight, want to live in a densely populated urban environment, an area that is pedestrian-friendly and in close proximity to amenities like restaurants, coffee shops and nightlife.

In fact, a National Association of Realtors poll in 2015 “found that millennials, those aged 18 to 34, prefer walking as a mode of transportation by 12 percentage points over driving. Millennials are also shown to prefer living in attached housing, living within walking distance of shops and restaurants, and having a short commute, and are the most likely age group to make use of public transportation.”

And developers hope Kokomo’s growing downtown will also be attractive to low-income residents, for Apperson Way Apartments, and senior citizens, for the Kokomo Residential Care Facility. 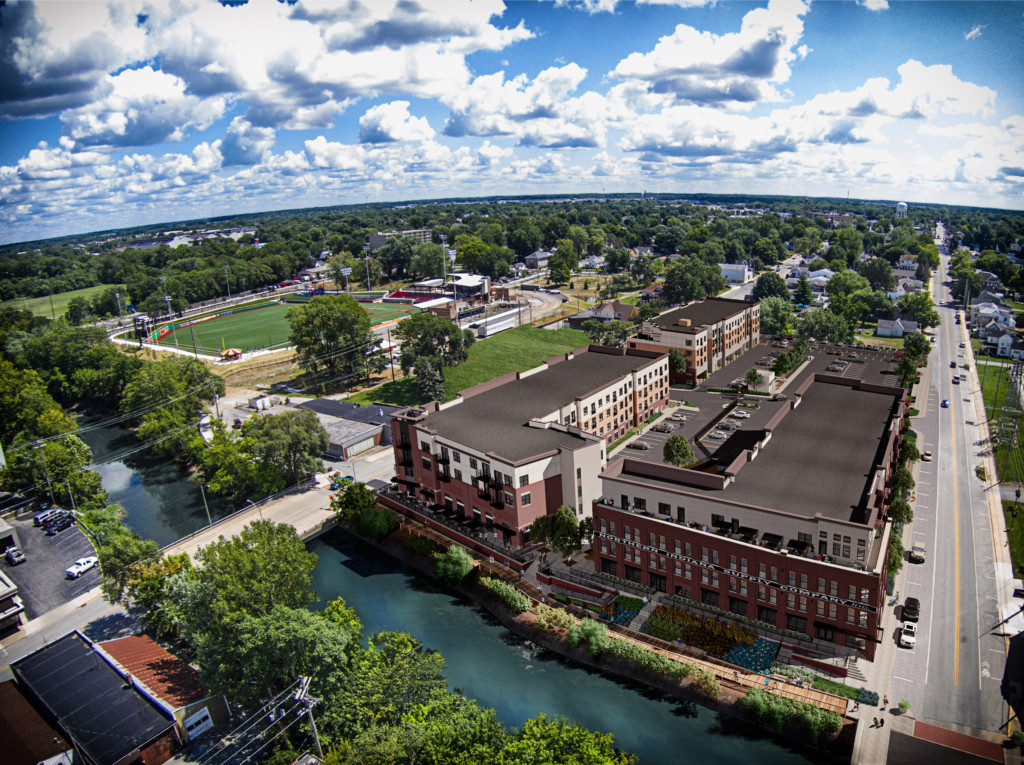 “So we have to make sure we have every option available.”

And with roughly 9,000 people commuting to Kokomo for work but leaving at the end of the day to live elsewhere, Goodnight and developers are focusing on what could become of Kokomo’s future.

Goodnight said cities, similar to car companies, need to be on “the cutting edge of the next best thing,” making the city attractive to people who could be convinced to move here.

That mentality, in attracting developers to Kokomo, was undoubtedly a driving force behind the construction of Kokomo Municipal Stadium and other downtown redevelopment projects.

Flaherty & Collins Properties CEO David Flaherty, a person counting on an influx of commuters to fill the complex’s many luxury apartments, even noted that, “This project would not be possible without Kokomo Municipal Stadium.”

And now that the housing is in town, it’s Goodnight’s hope his efforts will accomplish the future both he and developers have envisioned.

Moving forward, Goodnight expects to continue both the downtown redevelopment and urban infilling he so-often references, a tactic he believes can save tax money to be used for even more Kokomo amenities.

“The more compact and densely populated we are, the less expensive it is to provide basic, core services to constituents.”